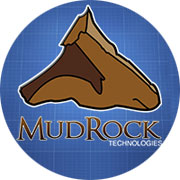 First drive I tried was an Hitachi HTS545025B9A300 2.5" hard drive. The drive experienced a rapid failure, which appeared to be mechanical. The client had realized a failure had started so attempted to back up their photos, which seemed to have caused further issues. The client did not want to pay the cost of a specialist and instead accepted whatever I could get, was it. Through 73 bad blocks (multiple session failure) plus more weak blocks cropping up, I'd ran ddrescue and got all but 9 of their photos and all their documents and such. I had already applied for this demo, but didn't want to hold my breath for a hardware failure, so the client was okay with this.  I couldn't quite pin what the issue was, but the drive was making abnormal sounds. RapidSpar reported the head was 100%, which threw my suspicion out the window. I used RapidSpar to specifically target the files I wanted, and sure enough, no issues. At all. On the contrary. Pulled all the photos, and they all open fine. The client will be tickled to get these back.  For giggles, I did a full photo recovery just to test and oddly, RapidSpar didn't even struggle. If it weren't for SMART and the odd sounds coming from the drive, (And a bit of permanent marker) I would have thought I had the wrong drive. 88GB in 53m, no errors.

I then tried it on a second drive. This one belongs to a client, but also a friend. They called me, in a panic, that their computer stopped booting once, went up again, but was making 'odd noises'. When I got it in, I saw it was a WD Blue, so I was expecting failed heads. I quickly booted it up to see if I could get a SMART read on it. It came up, quiet as a new drive. I was puzzled, because it promptly mounted like nothing was wrong.

I went for the SMART info, quickly to find a HUGE number of bad blocks, Weak sectors, reallocated sectors and so forth. I immediately shut it down. I discussed with the client the sounds they were hearing, but they struggled to explain the sounds. I wondered if the transportation to my shop jostled something loose, or back into place, or the extended period of time of it being off stopped the sound. Knowing WD Blue's head issue thanks to TN, I guessed that was the issue, but was still not totally sure.

I talked to the client about important data. Their pictures, they were missing some, but she stored all her old SD cards and had backups, so only cellular photos might be missing. Documents she was a little upset about, but invoices she had emailed, and she could just recreate her Excel workbooks. She was mostly concerned about a program, sort of like a scrapbooking program, that had working files for an entire baby book that she had months of work into. I discussed the option of sending it out to a professional, but she felt it was just out of her realm, not even considering how long it would take her to remake the baby book. We discussed the RapidSpar, and the fact that depending on the sound she heard, may simply destroy the balance of her drive, or may successfully pull it back from the dead long enough to pull her work files. She agreed.

So I went hunting. After some support from the wonderful people with the RapidSpar, we managed to get the baby rolling. MFT gave LOADS of issues to get loaded, but still no sign of 'funny' sounds. Talking to Serge, we finally got a version of Assistant that'd load the MFT, and while it seemed to struggle, it did get the MFT.

As SOON as I started the recovery, a whine started emanating from the drive. I knew right away that the bearing/drive was going/gone or something along that lines. It started recovering files, but as the whine got louder, it slowed down further and further, to my first failed file. I tried to reposition it to see if I could get it any better.

PLEASE NOTE: Do not try anything I'm about to say on a drive unless #1: You're 100% sure the client will never want to try to go for a hardware recovery, ever. Even to this point, I was killing the drive. Make damned sure you have a signature or whatever, and #2: You're damned sure you're ready to stop the recovery dead in its tracks. Hell, let's just say, DON'T DO IT.

So I tried to rotate the drive to see if I could appease it temporarily. Sometimes upside down from the position it was in the computer/laptop. Sometimes a different angle. But as soon as I placed it back down, sound stopped... For about 15s, and the recovery took off again!

... Okay, strange. 15s in, and the whine started back in slowly, slowing the recovery. It seemed to about to stop again, so I tried to move it down. I realized that the little bump of me putting it down, got it on its merry way again. Soooo.... Tap it every 15s. I was worried that even through this, I was still damaging data, but the RapidSpar came back as Integral on all but 2 files, the first failure and one in the middle.

I went back in, and tried for both files again once I was done tapping and getting the data. One still was failed, but the first one came through. I tried once more with Skip Bad Blocks. The file was bad, but the other was good! The bad file WAS just a small icon, so that's okay.

I managed to recover in this scenario. I don't think ddrescue would have gotten this far.

So tomorrow or Monday, I'll speak to the client, have her review the files and hopefully, most if not all of her project will be saved. 48GB of it! Not proud, but damn, it worked.