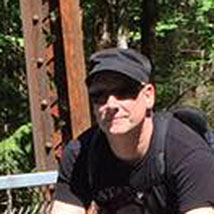 Fraser Corrance
Progressive Tech
The RapidSpar was able to recover the data in a small fraction of the time that it would have taken to image the drive with DDRescue.

I work for a computer repair shop in Seattle, WA that also performs quite a bit of data recovery for our clients. In the almost 7 years I have worked for this shop I have gotten fairly good at using logical data recovery programs such as R-studio (Mac and PC), Get Data Back, Data Rescue, CnW, Stellar Phoenix, and Reclaime for RAIDS. For imaging drives that are failing badly we were using DDRescue. For anything that we could not recover using those tools we would send to Drive Savers.

I am far from being an expert in data recovery so please forgive me if my descriptions are lacking in technical detail. Data recovery has always fascinated me so in the last year I have been making an effort to read up on some of the more advanced data recovery methods. I came across the post on Technibble about the demo program for the new RapidSpar so I signed up. It took several months to get the demo unit but about a month ago I received a demo RS and gave it a try.

Here is a brief description of how the device is used. For more in depth demonstrations of how the RS is used I would suggest checking out some of the reviews on YouTube.

The RS unit connects the source drive to the target drive and has a USB3 cable that connects it to a Windows workstation. The RapidSpar Assistant is the Windows application used to interface with the RS device. Once the RS is connected to the RSA software the next step is to run the built in diagnostic. The RSA opens up a window where you enter the drives brand, type, model number, and a brief description of how the drive is behaving. Then the RSA connects to the Rapid Nebula which is the online component that the RSA software that diagnoses problems with the drive and automatically applies predefined tweaks and optimizations. When the diagnostic completes it gives some brief results such as the percent of health of each of the reader heads. If the Rapid Nebula detects a problem with the firmware it gives three different options to repair it ranging from only temporarily editing it in the hard drive’s RAM to saving permanent changes to the ROM and service area of the drive. Unfortunately it gives no details about the firmware problems it finds or what repairs it is making to the firmware.

If the file system mounts, which most of the time it does, you are able to select which directories or files you would like to recover and save them to a target drive, network share, etc. When saving the data there is an option that you can select that will skip files with bad blocks. There is another option that allows you to skip files that have already been recovered which is handy if you need to stop and restart a recovery. If the RSA is not able to see the file system then the entire drive must be imaged to a target drive and the target drive will need to be scanned with logical data recovery software.

The week before I was to receive the RS I lined up half a dozen failing hard drives that normally we would have sent out to the clean room. For most of these clients the price of sending a drive to the clean room was more than they could afford.

A few of these drives were drives that were failing badly and I had attempted to image using DDRescue. I was able to image them but they were yielding data very slowly (under 1 MB/second) and would have taken months to complete imaging process. For these drives the RapidSpar was able to recover the data in a small fraction of the time that it would have taken to image the drive with DDRescue. I was able to finish each of these data recoveries in few days at the most.

One of the drives was a 5 TB Western Digital MyBook...yes, the kind with the automatic encryption in the bridge board that we all know and love. The bride board was fine but the drive inside had thousands of reallocated and pending sectors. The drive contained over 3 TB of RAW photos and to image this drive, or even just the 3 TB at the beginning of the drive containing the data, would have taken over a month imaging the drive with DDRescue over USB3 at the rate the drive was willing to yield data. For this recovery I had to purchase the exact same model of Western digital hard drive and use the RS to make an sector by sector copy of the failing drive to the new drive. It took about 3 1/2 days to clone the entire drive. Once complete, I put the target drive into the enclosure and was able to access the data with no problems.

There were 2 other drives that were not being detected in Linux or by my workstation’s BIOS. Neither of these drives spun up or made any noise when connected to power. The RS was not able detect these drives either and they had to be sent out to the clean room for recovery.

After my week and a half with the demo RapidSpar and seeing what it could do I was able to talk the company I work for into purchasing two of them. They have been used almost everyday since we purchased them and they paid for themselves very quickly. These devices have reduced the amount of projects that we were referring out to our clean room partner company in half.  Overall I have been really impressed with DeepSpar’s customer service and level of customer support. They have been very patient with all my questions and have given me lots of tips on how to be able to use the RS to it’s fullest potential.